What is the demoscene? An experimental medium with unique constraints... a profusion of electronic poetry... a panopticum of expanding creative and technical boundaries... an ultrageeky-unashamedly-weird-often-misunderstood-spectacular contest/hobby/obsession... an acquired taste... a great way to spend time with friends...

And so it came to be that on one of the last weekends of 2015 about 75 people came to the Bünzli reboot party at the Lichtspiel in Bern. We saw 56 demos (and 2 new releases), admired 31 works of pixel/render art, and were dazzled by 4 vintage shorts reeled in by the Lichtspiel crew. We partied, consumed stacks of pizza / heaps of snacks / litres of beer and soda while listening to Nectarine during breaks. What's left to say? Just this: THANK YOU ALL FOR COMING !!! WE DO HOPE YOU ENJOYED THE SHOW YOU REALLY WERE A BRILLIANT AUDIENCE WE'D LOVE TO SEE YOU ONCE AGAIN!

Check out the party report on the Starfrosch blog. Hear seism & unlock babble about demos in Swiss German on Radio Bern. Have a look at our Storify list of prods, photos and tweets. Keep sending us your feedback, thoughts, ideas for next time! Until then, we would like to once again mention our sponsors:

You can participate in the demoscene practically all year round, see demoparty.net for a calendar. Nearby deadlines include Revision (April - Saarbrücken, Germany), Evoke (August - Cologne, Germany) & Demodays (stay tuned :).. Until then, there is still time to make more demos!

How to make a demo

A few people asked in the break about getting started with demo coding and music. We had to scrap the workshops at last minute where we planned to give intros to demo tools, but with interest we can organise them again later. Have a look at these links for waypoints on getting started:

For the dataful among us, @gloom33 has dug into the stats of the scene, creating the chart above and more at State of the demoscene 1991-2014. 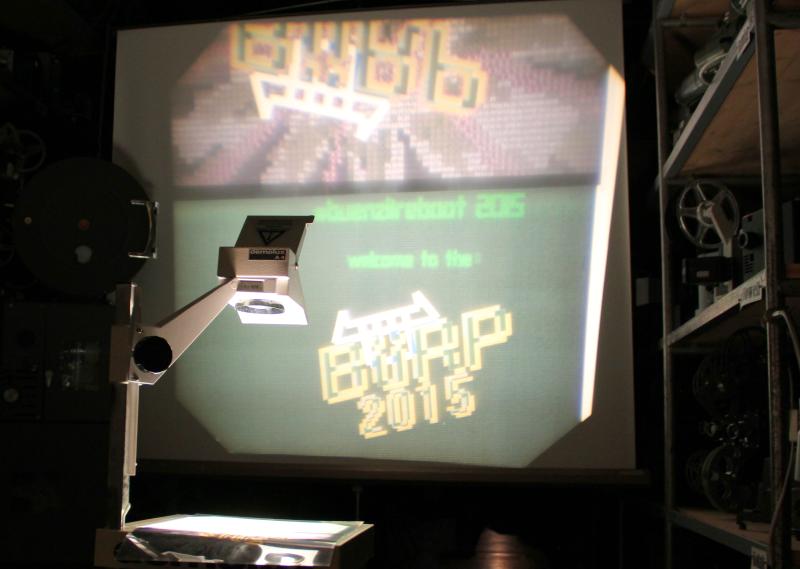 This display greeted visitors on arrival at the party, a tribute to the original OverHead Projector (OHP) category at Bünzli/Demodays. 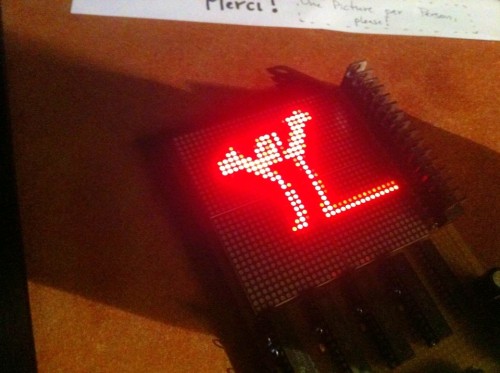 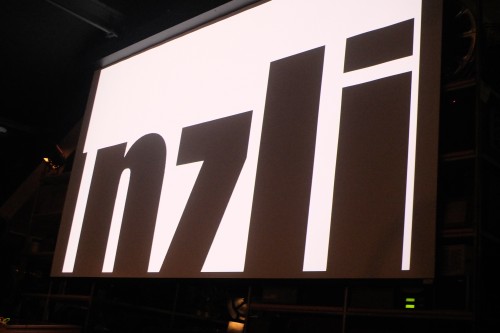 Shown above is the LED panel of an embedded device demo making machine set up by participants of the demo show, and a tiny (796 byte) greeting executable sent in to us from Finland by Yzi. 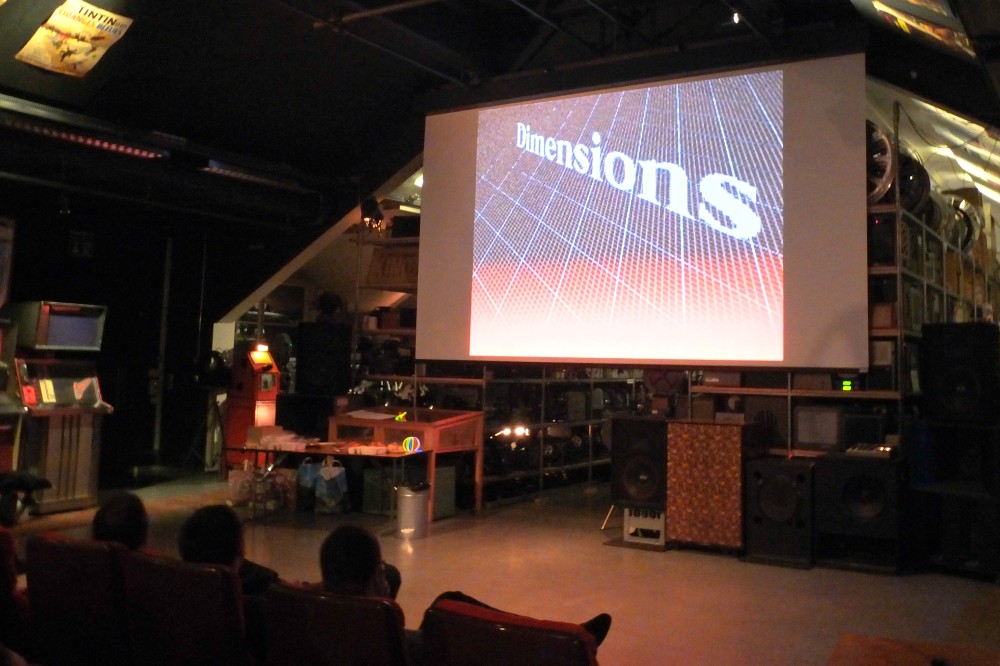 Dimensions is a previously unreleased demo that was found and restored for its 20th anniversary. 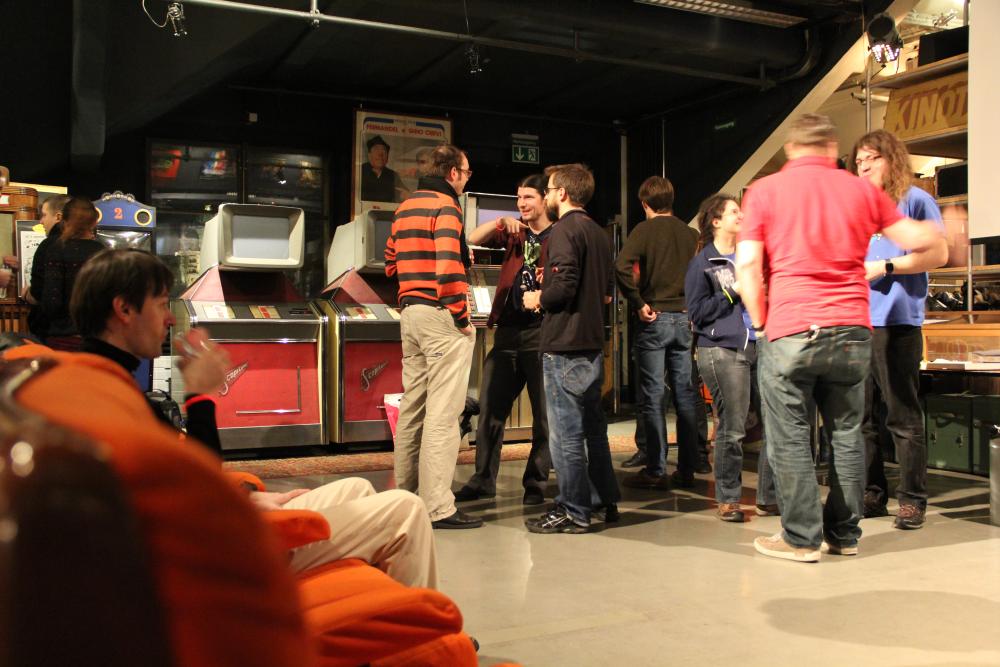 In the breaks, we mingled to the sounds of demoscene music, which you can find at Nectarine, Demovibes and all over the net and BBS archives.

The following productions (presented by seism) can all be downloaded via Demozoo, Pouet.net or Scene.org. Extended YouTube playlists are available too:

In order of appearance at the Lichtspiel: 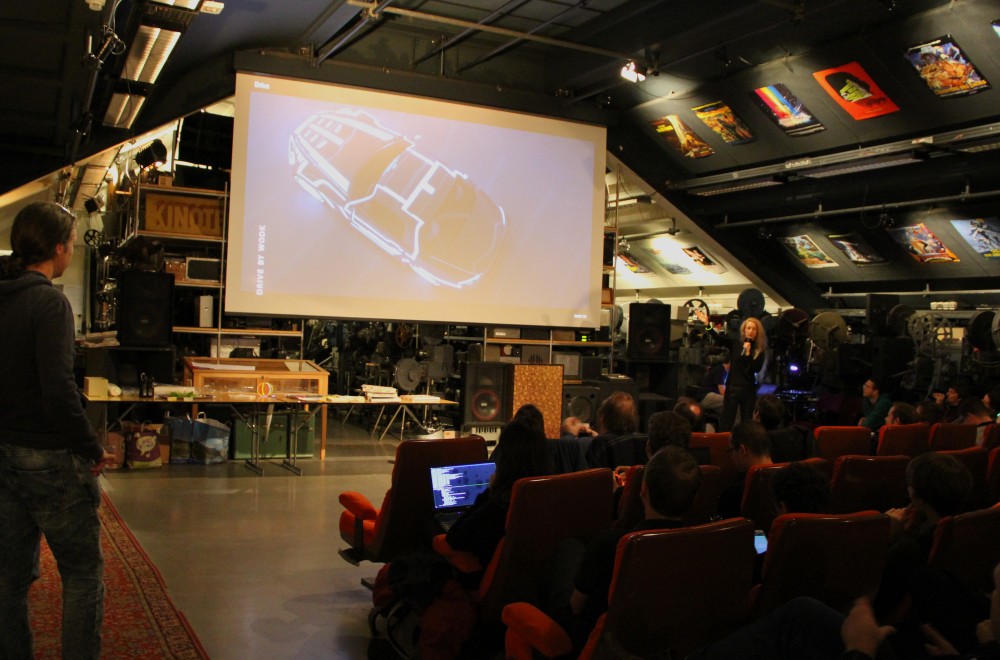 A selection of still images from pixel art, renderings and generated graphics first presented at past Bünzli/Demodays was shown. These and many more can be found at ArtCity. See also the upcoming book Masters of Pixel Art. Presented by Alève Mine:

Thanks to Stefan for the inspirational selection and Nick for operating the projection of these vintage animations - collected by muhvie on Lichtspiel DB, where you can look up the background to each:

Music inspires alternating images and sequences in the listener, who plays a waltz on a hand organ and through it arises a short story about the passing of time. /// Complete film (YouTube)

The film works in flashes matched to the rhythm, lighting up an image for a few frames, or even just one. From time to time there are also animated passages, always following the rhythm. Music by the Dave Brubeck Quartet/ Graphics by Eva and Guido Haas. /// Complete film (ZHdK Medienarchiv)

Accompanying drum music, or rather vica versa, you see colored circles become a strudel and then completely subversed to the rhythm. "The pictures of Jalousie are scratched by tradition directly into the carrier material of the film. The soundtrack has been 'composed' by the image." (Source: SEF Inhaltsangabe) /// Complete film (ZHdK Medienarchiv)

Experimental film created with a variety of techniques. The author constructed a precise Parallelogram and took 4,000 pictures of it. The contents were created after discussions with biologists, physicists and chemists. 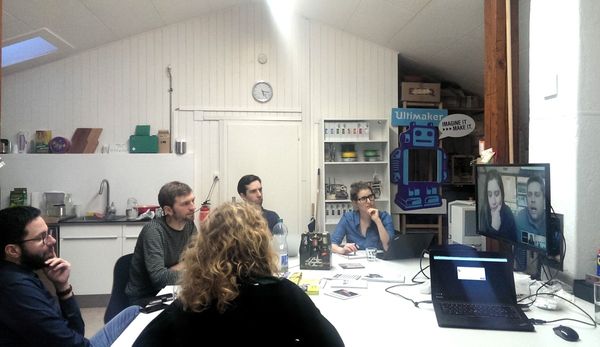 It has been an interesting first year for soda camp. Many people stepped in to support this initiative along the way, and to them I wish to express my thanks, 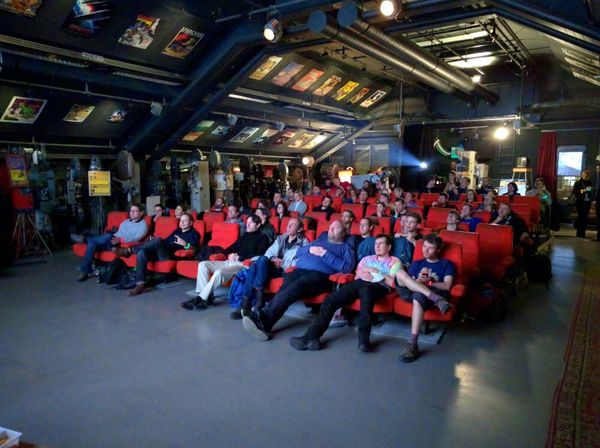 What is the demoscene? An experimental medium with unique constraints... a profusion of electronic poetry... a panopticum of expanding creative and technical boundaries... an ultrageeky-unashamedly-weird-often-misunderstood-spectacular contest/hobby/obsession... an acquired