Folks creating art out of passion for machines.
Filling holes in their lives, or so it seems.
I wanted to be a part of it so bad.
Hoped to feel something I've never felt.
The Return by Bitlove [video]

On April 29 we ran #BüNZLIREBOOT 2, beaming demoscene hits and none-too-forgotten gems on the giant new screen at Dock18, part of the Rote Fabrik in Zürich. This was the second demoscene event organised by SODA and Echtzeit, following on the momentum of our show at the Lichtspiel in December. At least thirty people joined in over the course of the evening for a program of demoscene releases, presentations, live performances and Q&A discussion.

The evening was organised together with @gluggergames who ran a sublime chippy live generated music performance to the background of livecoded shaders.

Another surprise and major delight of the evening was an original C64 production dedicated to #Bünzlireboot and the Swiss demoscene called "We Miss You" released by Atlantis during our event.

Download and run this prod on your Commodore 64 (or handy emulator) today!

With standing room only at the end, we rocked until well past midight. Thanks a lot to our hosts and sponsors Dock18, especially to dragica, boosda, muhvie & unlock for your support <3

At one point we took a lights-on break to discuss the state and future of the [Swiss] demoscene. Thank you to everyone for the great Q&A. Please share any further ideas and thoughts you have on the demoshow or the demoscene in our forum, Pouet, Twitter, Facebook or email, and we will tie all threads together. Some of my takeaways were:

We tried to show that it's easy to get started with generative coding, art, or music. We (briefly) showed off Demopaja by moppi, werkkzeug by farbrausch, Shadertoy, openFrameworks, OpenGL and WebGL, THREE.js and Blender. We pointed out both online seminars (e.g. Revision, Assembly) and offline (e.g. EB Zürich, HS Luzern) introductory courses.

Explaining how the different formats and techniques are used in making demos, we tried to point out how important teamwork is for a great production, and that people can bring all kinds of important skills into the mix even if they are not technical. A couple of guys downloaded a tool (Ibniz) and started making colourful procedural tunnels and noise on a laptop right there and then.

It became clear that an overwhelming number of platforms & tools to choose from, being unsure where or how to get help, and just the sheer amount of motivation needed to stick through with a production is what people were worried about. It seems the best way is to just dive in and paddle as hard as you can :)

We then killed all audio and lights and immersed ourselves in appreciating the pixels, sounds, shaders and elations of the demoscene. You can experience this yourself (even if maybe not quite at the level of the huge high-def screen and sound of Dock18) through our YouTube playlists:

The official playlist (up until midnight) follows: on each page you will find links to freely downloadable copies of the demos (ignore the browser warnings) and links to YouTube for video captures (not as good as watching the "real thing"). Dirt makes us honest
Honesty makes us devoted
Devotion gives us the power to create.
gerbera by moppi productions [video] 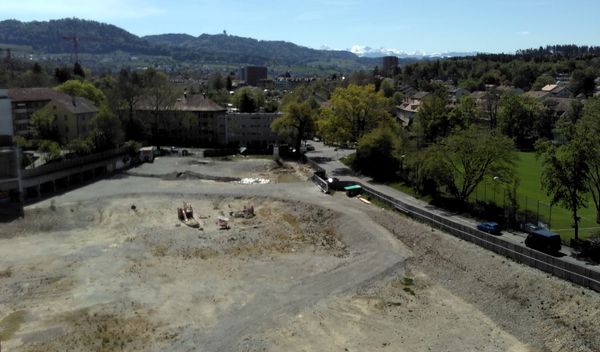 At the beginning of May we got together for a two day Data Expedition, a meetup about exploring data sources, learning skills and starting projects as a group, along the

Folks creating art out of passion for machines. Filling holes in their lives, or so it seems. I wanted to be a part of it so bad. Hoped to feel