Numerous data products and web services of the Federal Office of Topography swisstopo are being made available online for free use and free of  charge as of today, as part of the Swiss Open Government Data strategy. This development of removing the legal obligation to charge fees on datasets and related services comes just in time for international Open Data Day on March 6. We have been following these developments closely and supporting the open data community.

As one of the Engagement Migros pioneer projects and Opendata.ch institutional members, it is a core part of cividi’s mission to make open urban data platforms available and useful to everyone. We are in this spirit hosting a week of activities in virtual spaces which should motivate both expert and curious citizens to dive  into the data. Introducing and exploring geodata together while working  on “hacks” (prototype applications) with experienced practitioners, is a chance to satisfy curiosity about what is on offer, as well as to connect to interested fellow data wranglers and make something creative.

We joined a press conference this morning to hear leaders from the Swiss government describe these developments as addressing a need to make more social impact with taxpayer-funded online resources, inspire government  agencies to better digitalize their production chains, and motivate in  particular innovative local startups and small/medium businesses to gain traction in national markets in face of strong international competition in the geodata product space.

From the official press release:

"In the future, all digital standard products from swisstopo, such as the digital national maps, aerial photographs, landscape models or geological vector data, will be made freely available as Open Government Data (OGD). They can be used, redistributed and reused free of charge. Apart from a reference of attribution to the source, no permission is required. There is also nothing to prevent their commercial use."

Who is the target audience?

The digital geodata from swisstopo are primarily aimed at professional users. For engineers, architects, programmers or planners, but also for research and science, access to official geodatasets becomes easier when they are delivered according to the principles of OGD. The incentive to develop new information services will be greater. In this way, swisstopo can make an active contribution to innovation and economic  rowth and at the same time support the digital transformation in Switzerland.

What, exactly, is involved?

Most of swisstopo’s official geodata are made available in such a way that users can download them independently from the Internet or use them online via geoservices. Each dataset is provided with the current status and in the most requested formats and variants. No registration is required to download the data or to use the geoservices. Some older or particularly large holdings of specialised geodata, such as aerial photo  strips or historical maps, are not available for download. These can be ordered from geodata@swisstopo, whereby the costs for providing the data are charged. Use is, of  course, free of charge. Since swisstopo geodata are available in  machine-readable form, they can be easily integrated into digital processes. For example, a company can use programming interfaces to set up regular and automatic updating of digital national maps for its geographic information system.

An eager #geohackmin discussion is already under way with plenty of creative and challenging ideas  being posted. While we look forward to hearing first hand from swisstopo’s data engineers later today as part of Geo.Hackmin Week, the front door is open and you can get started by visiting the thematic data catalogue run by the GeoAdmin team, who have been making Swiss maps available online using open source standards since 2013. Start your exploration at the Geodata and applications page of swisstopo.

You will find here all of the exiting apps and data sources that were mentioned this morning in the press conference, from swisstopo’s own app, to the 3D building models that power the architectural platform Luucy, to the highly detailed digital elevation models (or DEMs) and historical maps that are making important new research possible into the effects of  climate change, such as the little known but very real natural phenomena of lake tsunamis.

All of these datasets and more are visible when you click “Change topic” and browse the catalogue on map.geo.admin.ch,  the much admired and widely used online geodata viewer, which we are  excited to support the launch of a new version of: featuring a vector  “Light” base map and integration with OpenStreetMap to give the platform  global reach. You can find more detailed links to APIs and examples  being posted on our platform.

In  the open data community, we are primarily referencing and tracking the  progress of Swiss open cartography on the central federal open data  portal. Opendata.swiss currently features metadata in 4 languages on 126  layers published by swisstopo, and over a thousand Geography datasets supported by various city, cantonal and federal governments. See also this forum post for a bit of background on how the geo-metadata gets shared across portals.

We are very excited to dive into the now free online shop, the rich palette of Web Geoservices and build on top of the fantastic base of possibilities created by the open source platforms and their growing ecosystem. Join in #geohackmin to share ideas and prototypes with the world this Saturday for Open Data Day, and let’s shape the future of open mapping!

Thank you 💜 very much to all the people who have been working for years on the massive web infrastructure, high quality content and legal reform to make the way forward possible and easier for everyone. In particular to  swisstopo’s geo.admin.ch team, the Swiss E-government project, our Opendata.ch association, and the awesome geo-hacking community around us! See you soon in our virtual space, which will be livestreamed and broadcasted on social media via #geohackmin 👾 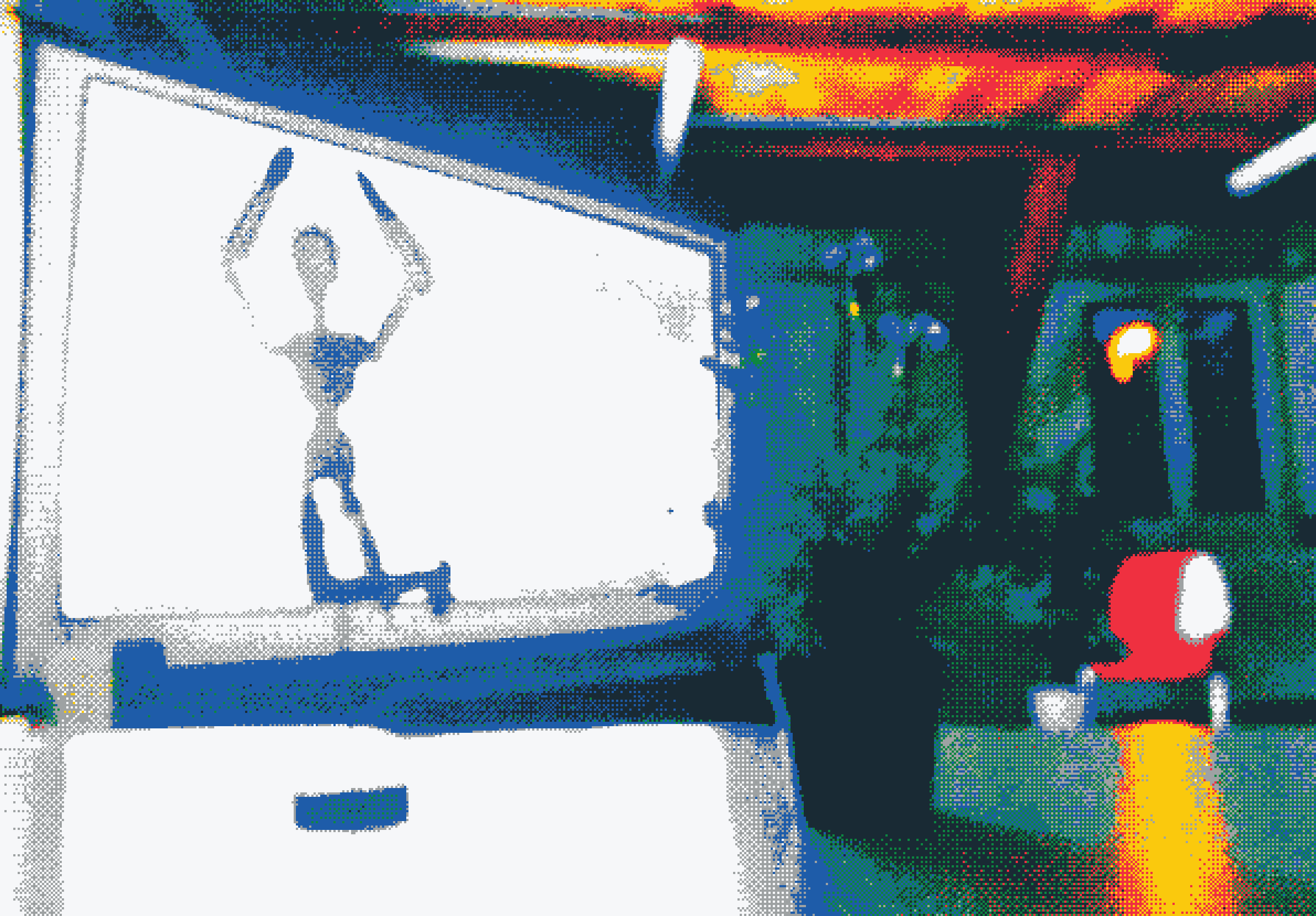 Visualising my quantified computing while ruminating on the state of data culture. 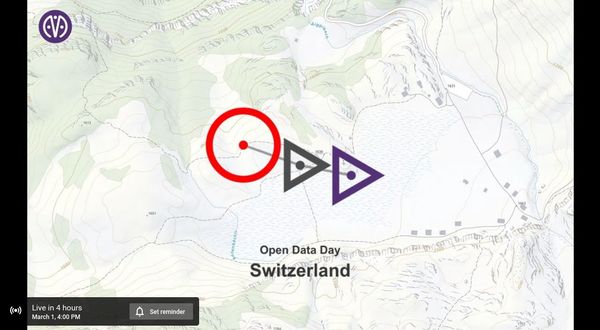