Photo: Peace rally in front of the Federal Palace of Switzerland on April 4. When not otherwise stated, the images are by the author, CC BY 4.0

This is a story of my last visit to the Russian Federation, and of my personal failure to imagine the cost of peace. These words express hopes to support the road to peace, and to better serve the democratic world of which I strive to be a citizen. I write this as a Canadian national, having spent half my lifetime in Europe, most of my life failing to reconcile East and West in the skewed light of bilingual cognition. Today and every day I join all who seek peaceful solutions over atrocities in the physical, moral and cybernetic realm.

In my last memories of my birthplace, Moscow, these are the first days of 2007 - already 7 years into the decade of forgiveness. I am in a city covered by layers of grime and sleet and snow. The metropolis that reels you in and heeds no attempts of escaping. You resent the estrangement here less, than the ubiquitous presuming that you must know exactly where you belong. There is so much gloom, that we look for specks and flashes of humanity everywhere. We find them in the pirate record shop underneath the city, amongst classics in a museum, in the quiet escape of green parks and protected areas, in the embrace of my forlorn family.

Misunderstood, narrowly avoiding censure, or conscription, in a colorful world that asserts itself in layers, then wraps itself up again in a frosty gust. Impenetrable. Tacky. Do you wonder how people live here, what dreams they dream, what fears quake their nights? I vividly feel the impostor syndrome of an expat, the self-denial of heritage and citizenship, the fear of being apprehended for foreign values. These are not the things a calm and collected traveler experiences in a welcoming land - they are the vestiges of individual and collective trauma. "Moscow is full of layered ghosts", writes Benjamin Bratton.

We may mock and spite our origins or circumstances, it is they we naturally flee from - of our parents' mistakes, they say, we suffer the most. Fortunate are those who have a voice nearby to put aside all that and set the record straight. Grandparents can be such voices. But who was my grandmother, what was she even like? What did she think about so rarely seeing the grandchildren who lived on the other side of the world, the huge gap in mutual understanding?

The longest surviving of my grandparents, was grandmother Emma Ivanovna, now sadly withdrawn from this world. I remember a soft spoken but tough minded person who put the men and women around her in their places. I am sorry to have never really gotten to know you. What could I have done differently then? For one thing, I would have tried to soak in more of our culture. To understand where you came from, or what our family connection is to the fiery Bashkirs of the south.

Many Slavic skazki feature elderly Babushkas (the word often confused with Matryoshka dolls) and Dedushkas. They are a fragile, farcical, yet constant presence, our anchors to morality and mortality, to humility and humanity. To know them is to be spoiled, charmed, straightened, wisened. As in the Ukrainian казка of a milner and his greedy wife who steals the senior neighbour's beloved rooster, beautifully rendered by a now-defunct Russian independent animation studio. You can find some of their multfilms in English on this YouTube channel (don't miss the delightful story of the Kolobok).

Bereft of culture and cultural spaces, I grieve for the Ukraine alone in an angry virtual crowd of digital homies, safe yet spiritually stultified by a crushing burden. We cannot sit and calmly watch destruction of life and livelihood, displacing thousands and millions again and again. Of course not! Lulled into forgiveness, or even complacency, by putting once again civility and restraint above critical thought. Pretending that we won't ever, ever do it again, that it's just an accident of history, that things will soon be okay again is the quickest path to self-defeat. So what else?

It's easy to be against war when you don't have to be a part of it. (Putting aside for a minute the preposition that we are all pieces of a giant chessboard). Conflict spills out of expert tactics and calculations, then bludgeons into a view that you may run from, but cannot ignore. Some count the odds and rally vengeant passion for their chosen side. Others mediate, analyze, predict, sympathize. There is nothing new here now, but cases of COVID-19, bursts of EMP, and a deeply hollowed out pain to the familiar tunes of propaganda, erasure and Hypocrisy.

I close my eyes again to feel the suffering of all the people and all the soldiers out hunting each other, their damned, humiliated, pathetic masterminds, the suicidal conflicts of the past decades, all the people scapegoated and scattered ... by what? A web of lies and interdependence, much of it centered around the chains of resource extraction. What do we really know about war or special military operations? We might read some grensliteratuur to find out.

I try not to be emotional, for the past 52 days getting pretty good at leaving my feelings in the mud. Too easily doomscrolled deep into the death-porn, the atrocities and outrage and parade in the wake of which nothing is left but numbness. We know it's not worth it to be emotional. As our financial advisors might say - it is a moment of uncertainly. Just stick to your plans! HODL! It seemed that we had learned our lesson as a civilization. Smaller, targeted interventions are much better than letting it all bubble up and burst across the planet. You will see.

Refugees are pouring out of every country, economies crumble, families are ripped apart, tank treads scour the Earth and grind up the imaginations of our generation, turning so much hope into dust. The corpses make fertile soil, the war will end and flowers will bloom - but what we do and what do we say today will define our lives and those of our descendants? Get up and stand with your belief, that's what! Shout into the wind. Get arrested. Get charged. Get fined. Get human.

This is the place my family abandoned in the dissolution of the U.S.S.R. This is the country I turned my back to, that is in turn turning it's back to the world. I try and I try to talk to someone, but they fear, or do not hear me, or no longer see me as a real person. Gone is any semblance of interest in a global community, when we just need the Superpower back again. Outstanding actors and athletes are being boycotted and shamed. The message is felt, and perhaps gravely misinterpreted. A window of opportunity. The rebirth of an autocracy - more proud and self-assertive and aggressive than ever. A window of opportunity - for whom.. for China? For us? For me and you?

"It's a drug and a therapy at the same time". We hide away in a safe bubble, away from all the chaos and destruction. I can well relate to this with ice hockey, where I sought solace - the physical numbness after an intense match to overcome the pain and shame of a battered, dysfunctional family. Or in various digital domains, where I am seen for my contributions and not my mixed-up identity. But too much escapism certainly blocks the view, while some answers lie right in front of us.

So this morning I get up and write my grandmother a letter, to say what I should have said many years ago ... while there was still time to say it. If you still have yours, please try to not put it off much longer. I find my safe bubble, find myself in it, then move decisively toward the light. Express inner struggles, get therapy - at least, to spare friends the discomfort. Don't just pop a pill or drop another bottle. Take that childish fear of ghosts, and relax, to let my brain, that tired old muscle, revisit those nervous faces. Those places! Only to give them their chance to confess.

Until then, my grandmothers will be rolling in their graves.

‘The cause and effect connections
Break down, one by one.
Now we can step ahead
And march along our road...’
‘STOP!’

It’s really strange. She called me an hour and a half ago and said she was on her way...
‘KEEP ROLLING...’ 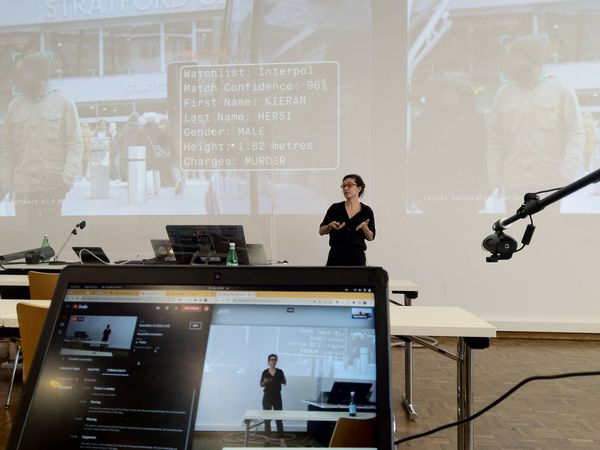 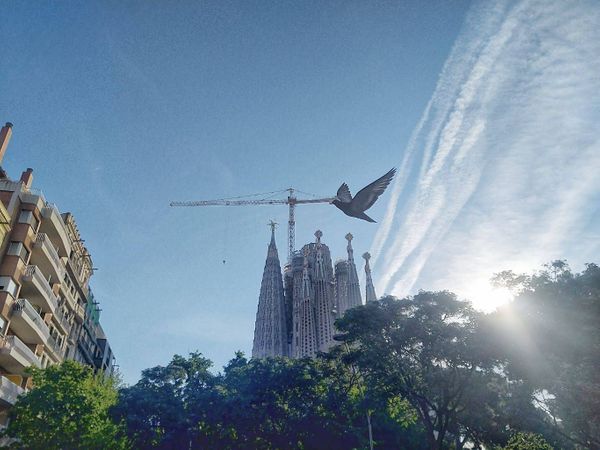 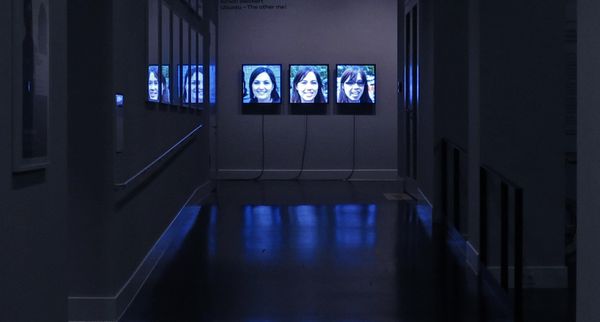 Data that „are not obtained by direct measurement“ deserve more openness.