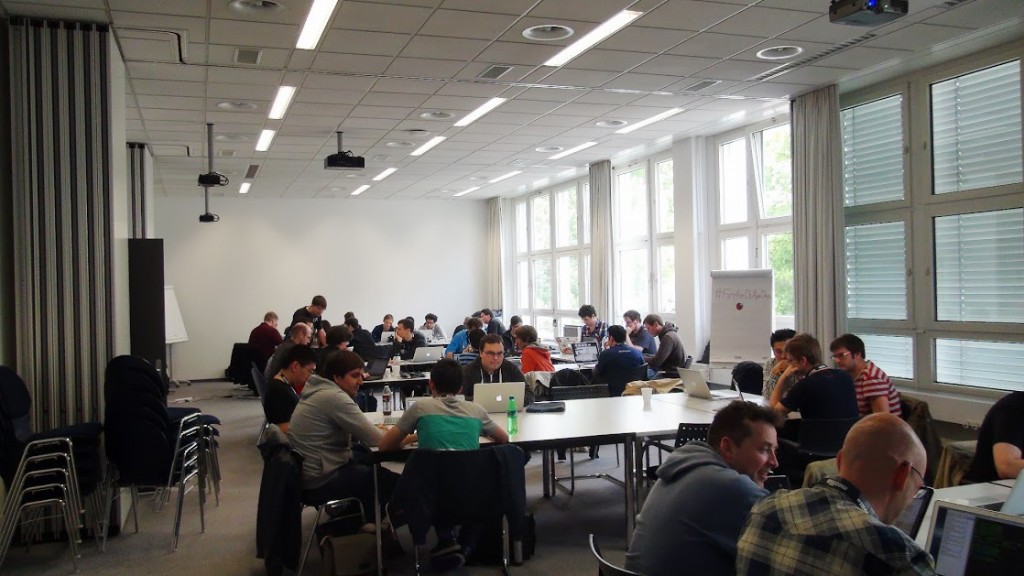 Expectedly, it was a cool event. I came for the hackday, met old friends and new people, became convinced of the potential of the platform, learned lots of interesting things about where HTML5 is going thanks to these boundary pushing mobile technologies, and got to play with some brand new devices. Time will tell how tall Firefox OS can stand alongside the current giants of the mobile market, but in the meantime I would say it is a platform that everyone in the Internet-enabled development world would benefit from following and adopting.

Not only because lightweight, functional, usable mobile web apps are what many users want, but also because this is a really smart platform that is fighting against lock in: you can’t lose by publishing to Firefox OS, only gain in terms of cross-platform reach and potential user base. Plus, it was nice to learn that although B2G won’t boot on my HTC phone, if you open Firefox OS apps from the mobile Firefox browser (close to 40 million downloads), they install to the homescreen of any Android device automagically!

Over the course of the day I worked on two apps: Tower Track, an update of my earlier make.opendata.ch project with the addition of a compass (for devices with a hardware compass only right now), and a concept Solar PV app interfacing with the Open Energy Monitoring project. I was also fortunate enough to even get a UX course at Zühlke (who also hosted the event) as a prize for the first one, which is really a great way to motivate me to finally finish the project and put it out to general use, and also a nice way of suggesting I put more work into the aesthetics of my hacks. :) Kind thanks for the support, it will be put to good use.

Talking to people during the event gave me more insight into the way the Mozilla community works. They have been around for a while, are both a transparency and business success story, and have many great lessons to share with us. I became a Mozillan and will keep track of what’s going on over there, and likewise try to get them involved in our events. Something I’d encourage any of you to do too, especially if you’re interested in contributing to their awesome open source projects and public initiatives!

Links to developer resources, presentations, the Mozilla community and more on the parallel Opendata.ch forum thread.

In past #makeopendata events, we have had little to no participation from people under 18. Yet the subjects we tackle are more relevant than ever for the younger generation, who