Following our Data Expedition we planned to take part in a weekend community event in Holligen to further explore some of the themes we looked using open data, and collect some data of our own.

A two day festival run by the Brache.ch association was just the ticket: a large group of people were expected - many of whom are involved in the project to revise the urban landscape around the old refuse processing plant - and lots of opinionated locals and their families. See 20 Minuten (in German) for some more background. 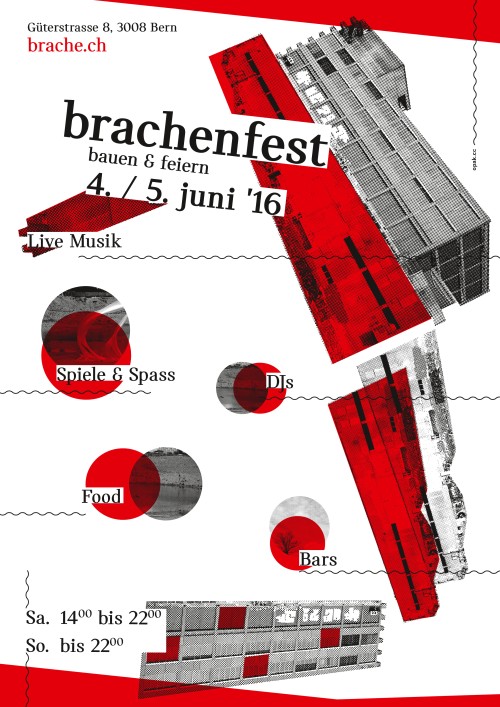 The festival coincided with the Swiss national referendum on June 5 (Swissinfo), and that weekend many people would be considering their options and visiting poll stations, like this one at a nearby school: 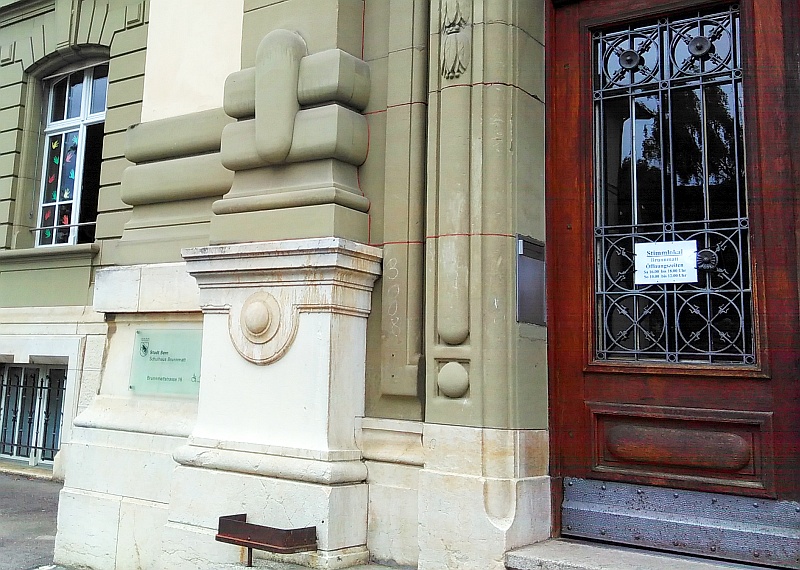 Our group thought it would be interesting to work out what "connects" the people of Holligen, by asking very simple questions like: what kind of food do they like? What kind of place to meet would they like? Where do they actually meet? How often do they talk to their neighbours?

We paid a visit to the Quartierbüro in Holligen and talked with social workers there about interesting topics to start a list of themes. There we discovered some touch points, like:

Here is how one of our four poll stations, created at minimal cost and in a short time, looked like: 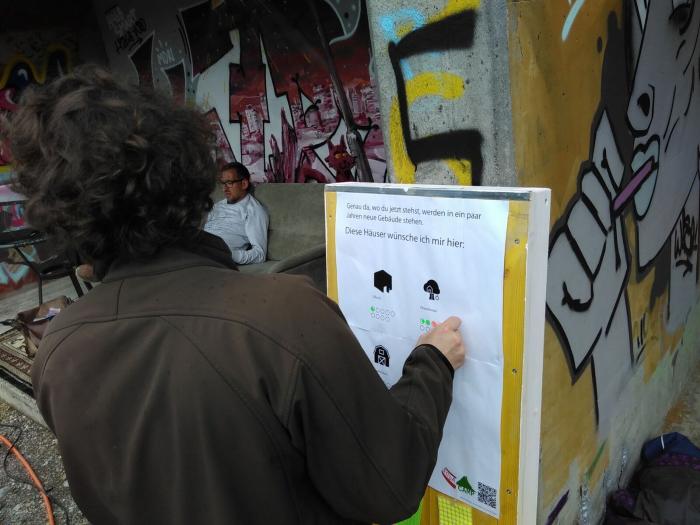 We put up 4 such stations on themes along the lines of our workshop and inspired by the work of the YAAY group in Basel. The topics represented diverse areas of public interest: housing (Haus), eating (Essen), culture (Kultur), entertainment (Divers).

On each poster were four options to vote for, using three colors of stickers representing where the participant lives (Holligen, Bern, other). Free icons from the noun project were used to playfully represent the options. The idea was to try to keep the survey simple and fun, so even kids could participate - and they did :) 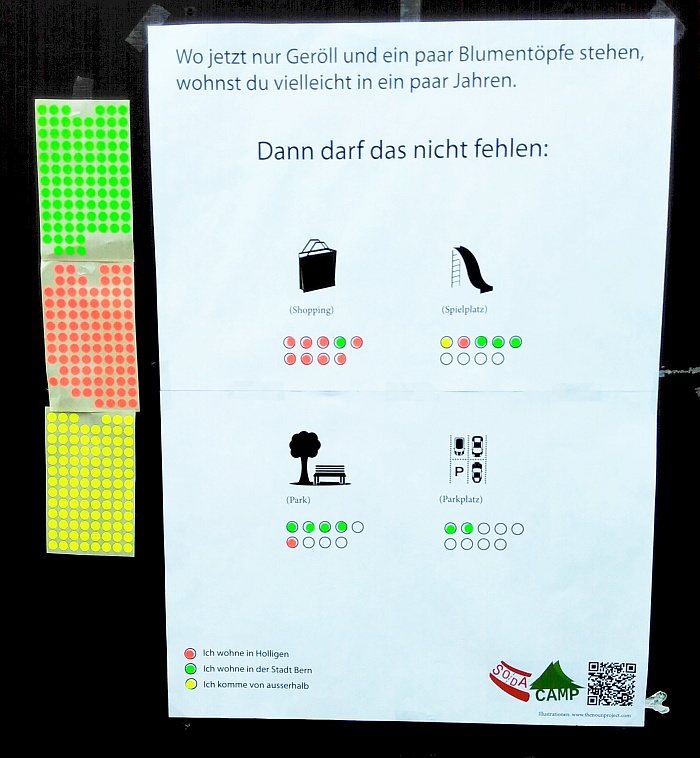 With 185 total responses, vox populi suggests a winning idea: a Baumhaus (treehouse) for the Brache. At least one participant did point out that this carries the preliminary requirement of an actual, fully grown tree. The Brache crowd is clearly thinking ahead :) 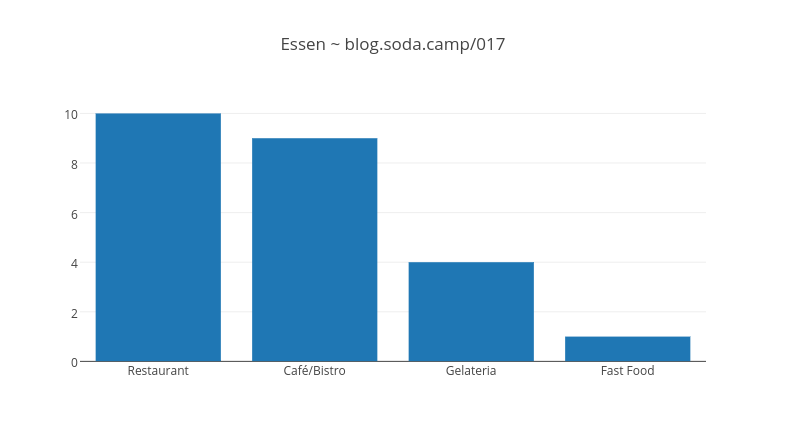 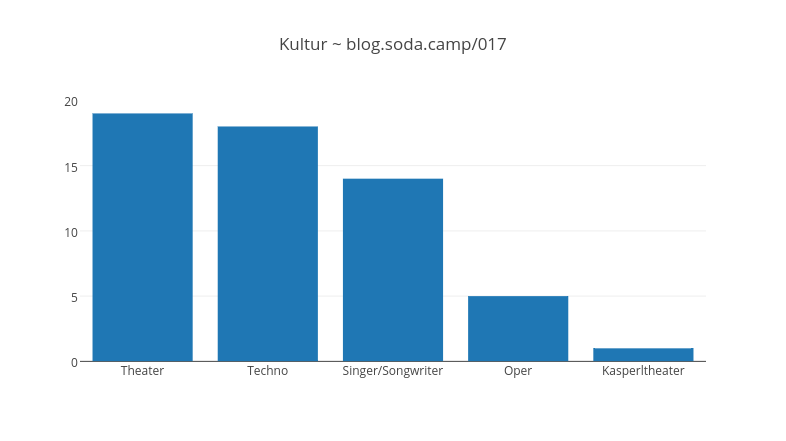 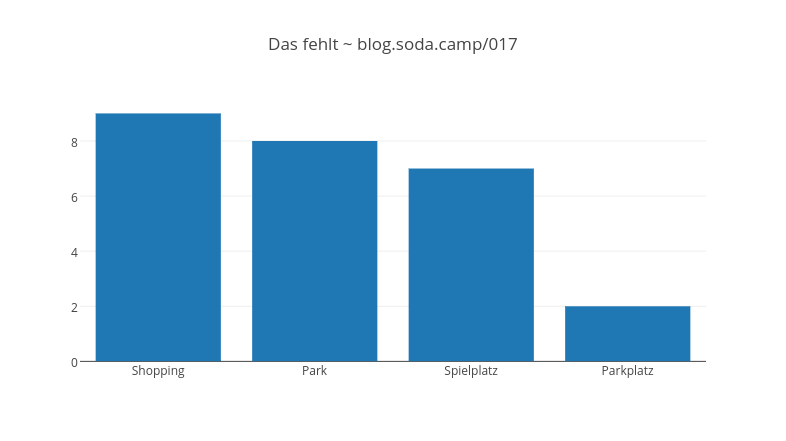 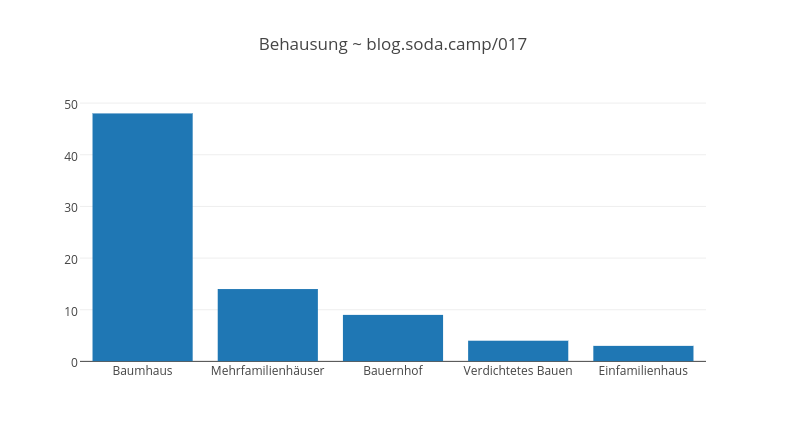 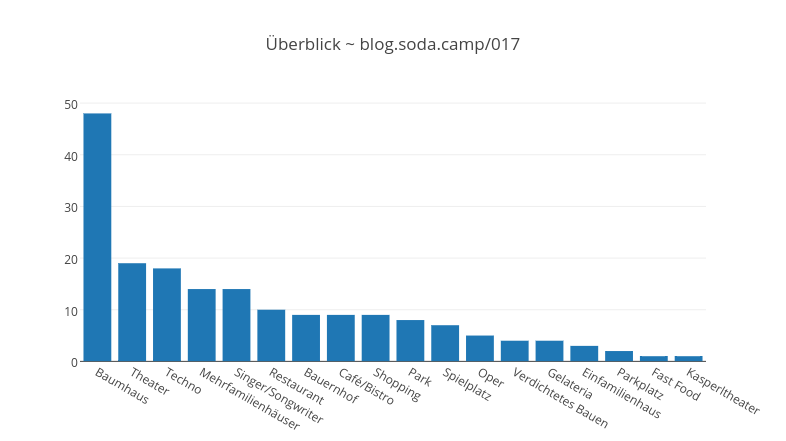 Graphs above created using Plot.ly Alpha. Download the full results (CSV) and our source files (EPS / InDesign) to make your own pop-up survey. 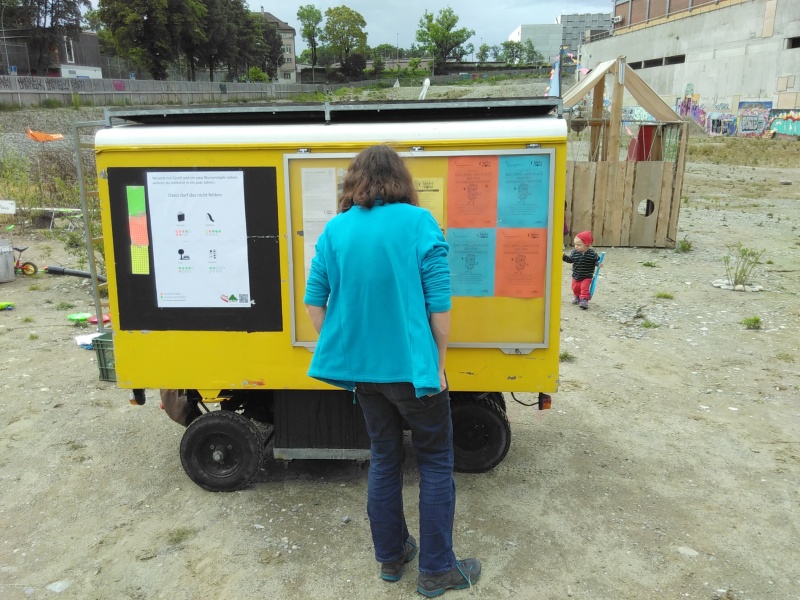 Some more photo impressions here. Check out the Brache.ch on Facebook for even more.

Thanks a lot for writing and designing the posters to Martina, merci Jörg for printing, delivering and counting them in record time, and danke to the organisers of the Brachenfest for their encouragement and help in the set up.

It was a really pleasant, friendly, familial event, a pleasure to take part in and contribute to. We hope to do more such "open air poll" events in the future. And make some data art for that awesome looking TowerBus.

Quotes and impressions from the morning of the annual Swiss event dedicated to Open Data. About visions, realities and things in-between. Photography by Nicolas Fojtu, licensed CC BY 4.0. 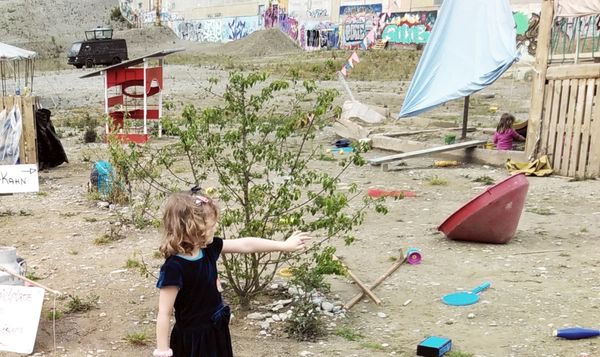 Following our Data Expedition we planned to take part in a weekend community event in Holligen to further explore some of the themes we looked using open data, and collect