With a look back at the Effinger jubilee, today's post reflects on a journey through coworking spaces and urban spaces, in pursuit of independence, community and craftsmanship (analog as much as digital).

When one thinks of the main train station as the dividing line between West and East, Old Town and the New, one can easily miss developments at the periphery. The geographically inclined may argue that, in fact, closer to the central mid-point of the city is the intersection of the historic centers of Bümpliz, Bremgarten and Muri. There you would find, for instance, Warmbächliareal, the burgeoning cooperative development to the West, where many exciting things are beginning, among which my own anchoring to Bern's city development. 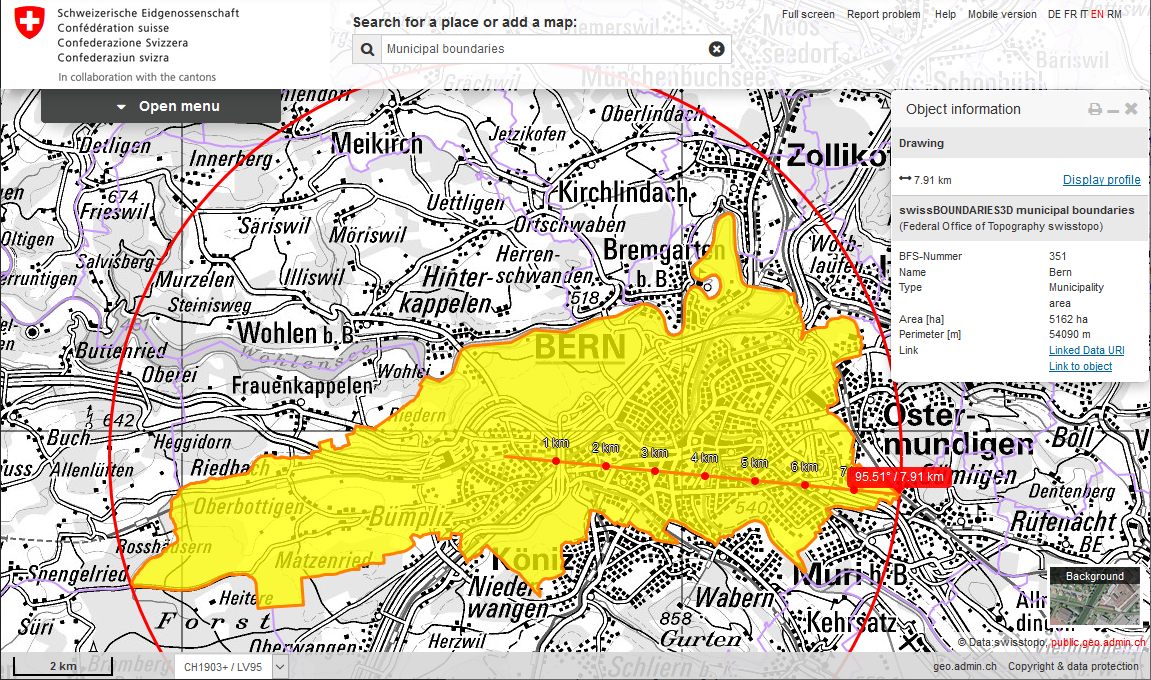 I made the image above with the GeoAdmin online tools, to show an approximate center that touches the extremes of the Commune of Bern. According to Google, the nearest business to this point is the petit mais chic hairdressing salon. In case they read this blog, they now have another story to tell their clients. They might even think of asking geosuisse for a plaque to settle the score for good :) 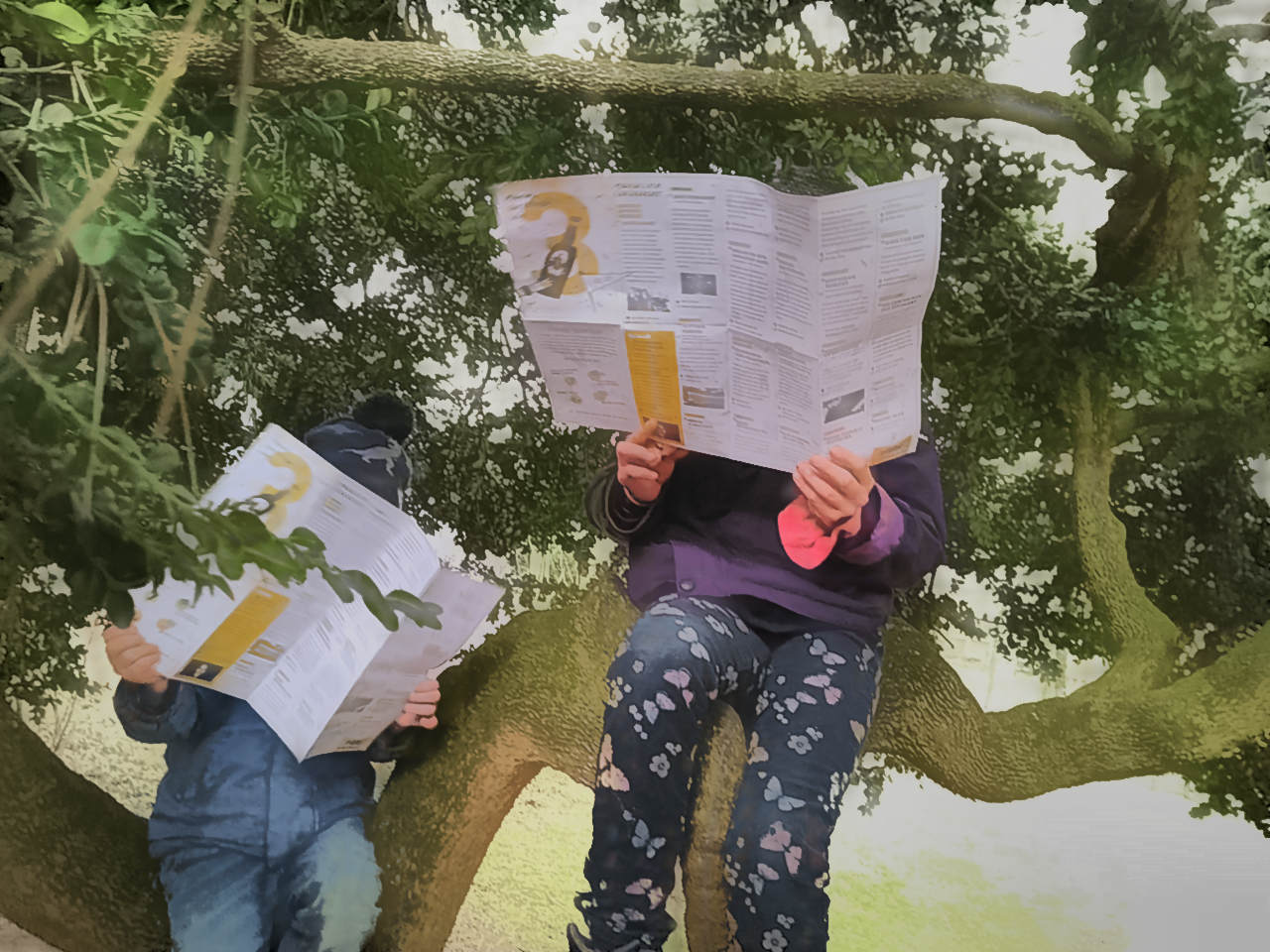 3.3 km to the east of our centre, and just a stone's throw west of the train station is Effinger, the coworking space I came to filled with ideas from Warmbächli's Brache, motivated to work on meaningful projects within a loose yet structured fellowship. I joined the Powercoders, filmographers, illustrators, storytellers, philosophers, and so on and so forth. The quickly growing community, today celebrates it's 3rd year of occupancy at Effingerstrasse 10 with splashes of neon green and ochre yellow in a sea of earthy tones (more impressions can be found here). 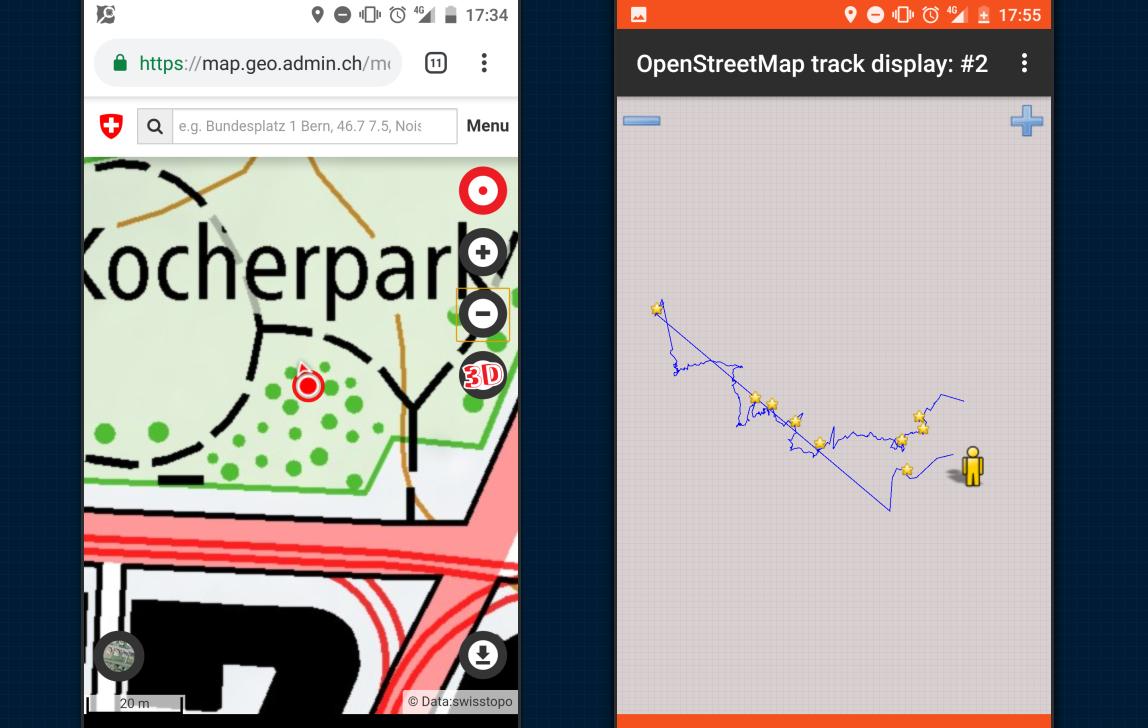 Screenshots from a Data Walk around the neighbourhood during the Jubiläum.

The festive occasion brought many things to a point. Grateful speeches affirmed the communal relationships in this urban village. We confidently welcomed new members, affirmed our intentions to stay on track. To develop this corner of Bern's hip, sustainable, effervescent scene. To make it clear that the next chapter of Effinger means business. And to share our interest in the figures and data of the urban development around us. As the Population counts from the Statistics department of the City of Bern confirm, the city is experiencing steady growth since 1998, and should soon cross the 150'000 mark that was set in the 1950s - the decades following bringing significant (~15%) reduction. 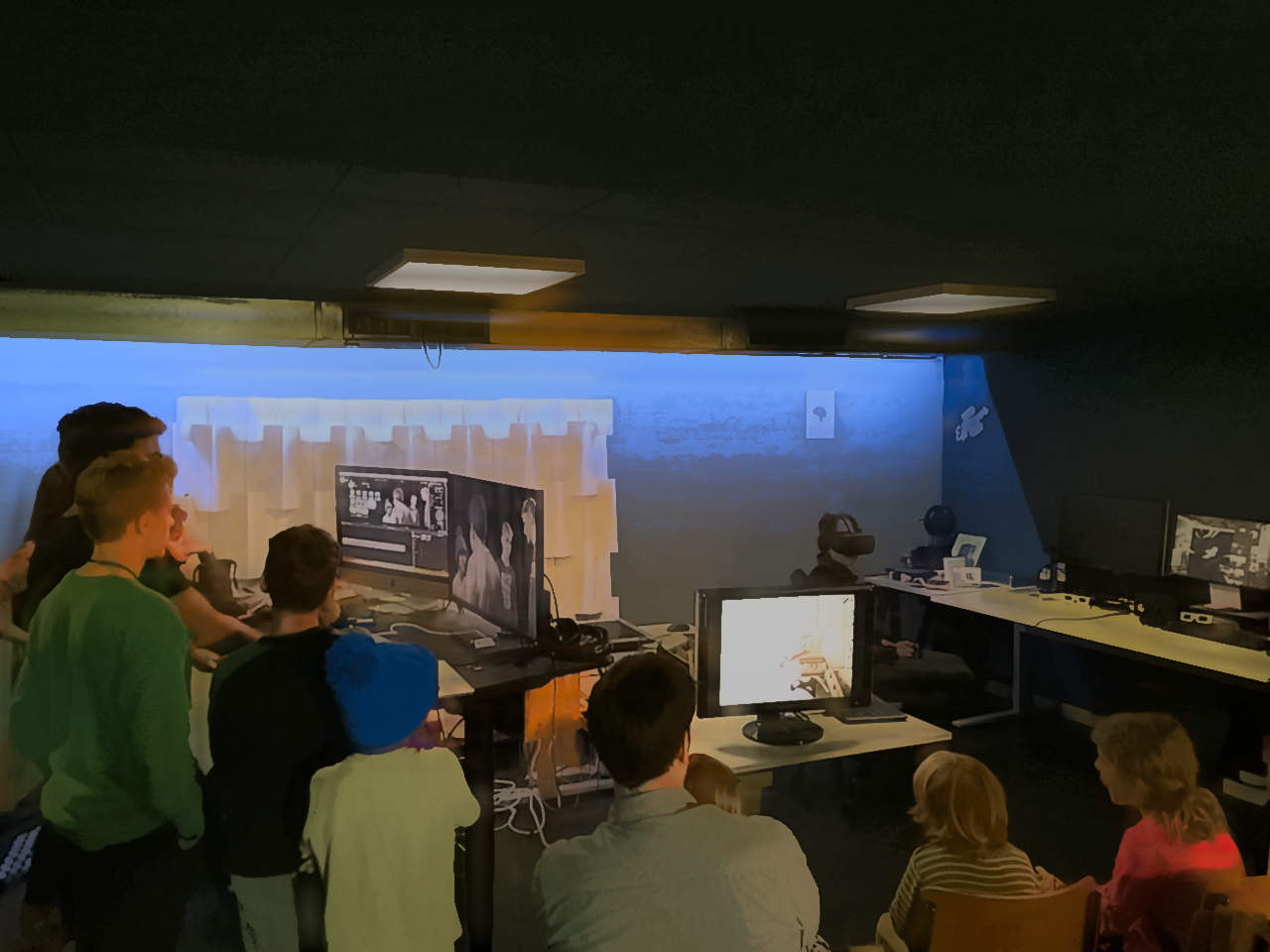 Two years ago, when I joined the project with ambitions to build a digital existence lab - which we now simply call our Labor - another coworking space loudly opened its doors: the Impact Hub of Bern. Motivated by, connected and competing with Effinger, I've remained wedged in between the two. My association Opendata.ch is quite at home at Effinger and in Impact Hubs, where Sustainable Development Goals updates and Circular Design Thinking workshops are regularly conducted by groups eager to benefit from technical progress and social remixing.

Corporate Social Responsibility and Software-as-a-Service is not at all discouraged here. Quite on the contrary, Effinger is frequented by employees of well known private and public companies who have free access to the space through the VillageOffice project. Institutions large and small are honoured guests, and often employ the services of community members. A program of events like our Brownbags caters to sophisticated interests. Another association I care much about - Echtzeit Digitale Kultur eV - injects hypertechnical surrealism on an irregular schedule of Demonights.

Yet, I would say that progress of a more individualised kind is paid more attention to at Effinger. The community is businesslike in a serene way, constructive facilitation has precedence over disruption or experimentation. Local groups and charities are especially welcomed. Strangers are greeted with interest, invited to share their wisdom and worldly values. The "Circles" system of roles and responsibilities is an experiment in social dynamics. We take our π² time seriously - even while realising the project would not have made it thus far without the looser purse strings of established organizations. 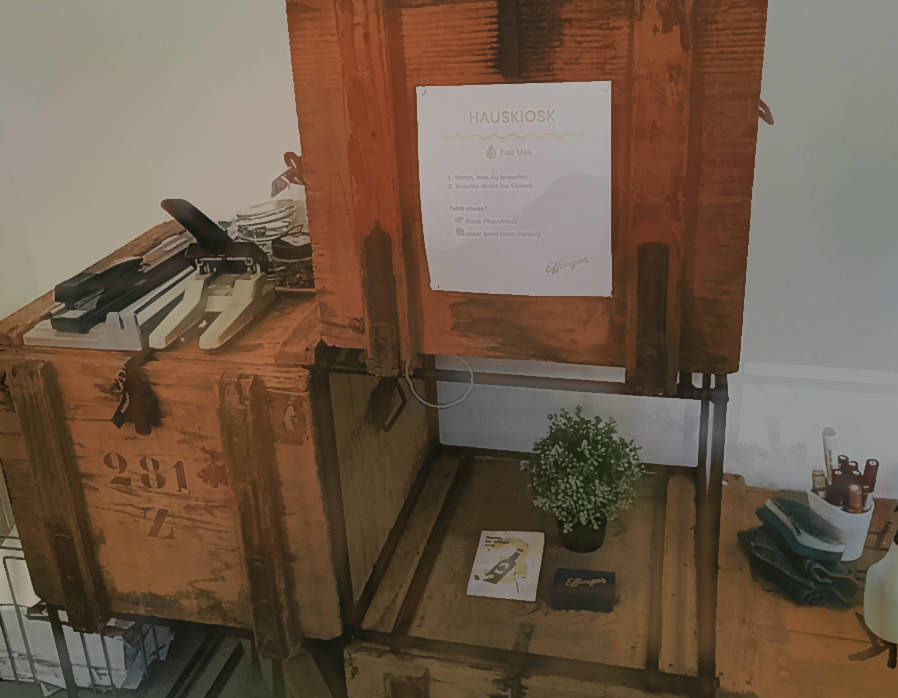 Speaking of business, what about the plan? The founders of the coffee shop who applied their business school masterclass to create the initial concept for the space benefitted from network effects and the cross-promotion of the coworking space to boost and filter their clientele. It goes both ways. The recognizable and inviting coffee shop has worked well to introduce industrious visitors to the inner areas. Both projects have done well, exceeded expectations, and encountered plenty of growing pains by now. The Transparency principle can be supported by updating the finances or other insights into the month-on-month progress of the project. 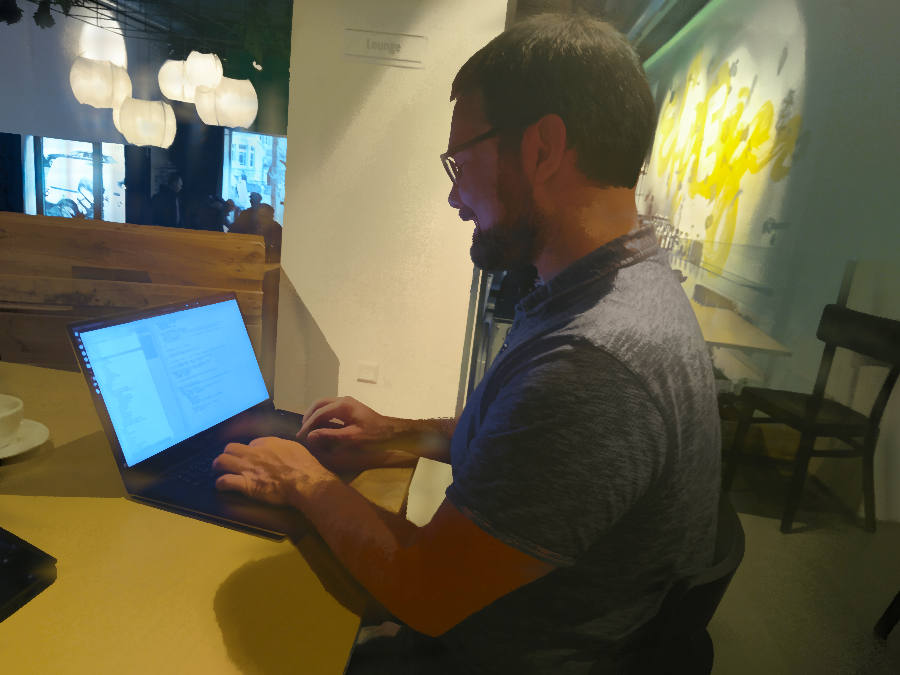 Newly arrived in the freelance world, Raphael gets busy in the Lounge - read his blogpost here.

While few dare say what the future holds, as in all human endeavours there is the expected churn. People come, age, go. The building - owned by a local real estate developer - is ageing much more slowly. It has seen many phases and projcets - as the site of the first InterDiscount shop, a mattress store, even a (reportedly) short stint as theatre hall. It may well outlive coworking, at least in this form, too. An uncomfortable thought until you consider that this community is much more than a rented building.

When you see how deep and strong the roots of Effinger reach down, in stark contrast to the Occupiers down the road blown out by the police in 2017, you realize that this project is perhaps older and wiser than yesterday's celebrations give it due. Yet, in some ways, it is just as radical. Connected to the progressive libertarian ideals of the free parishers of Bern, founded by young graduates of the city's universities, supported by cross-party political movements forming in the gap of the confused left. The space represents ideals and visions of a highly pragmatic and sensible core group - who is now slowly starting to step away from it's creation, moving on to promote new approaches to smart solidarity. It's co-working, with a definite twist.

Where am I at? Through seven years of freelancing, I've seen worlds within worlds. I am ripe with ideas and keen to apply my experience in the charged, industrious new topics of urban change, fueled by new forms of data exchange and participatory forms. All of the spaces at which I have worked over the years have imbibed me with awareness and interest in the changing dynamics of use and ownership. A new fabric for trade, craft and commerce has been forged in cities. Human nature ebbs and flows. Change is conflict. Change keeps us alive, responsive, conscious and conscientious, strong for the challenges ahead.

In conclusion, what I see us needing most of all is to kindly lending an ear to each others' doubts and frustrations, building bonds and cooperating to realise ideas. Being professional even when the time is not on the clock. Never forgetting to take pause, listen to the music, the life around us dissolving the cares and worries of the day. 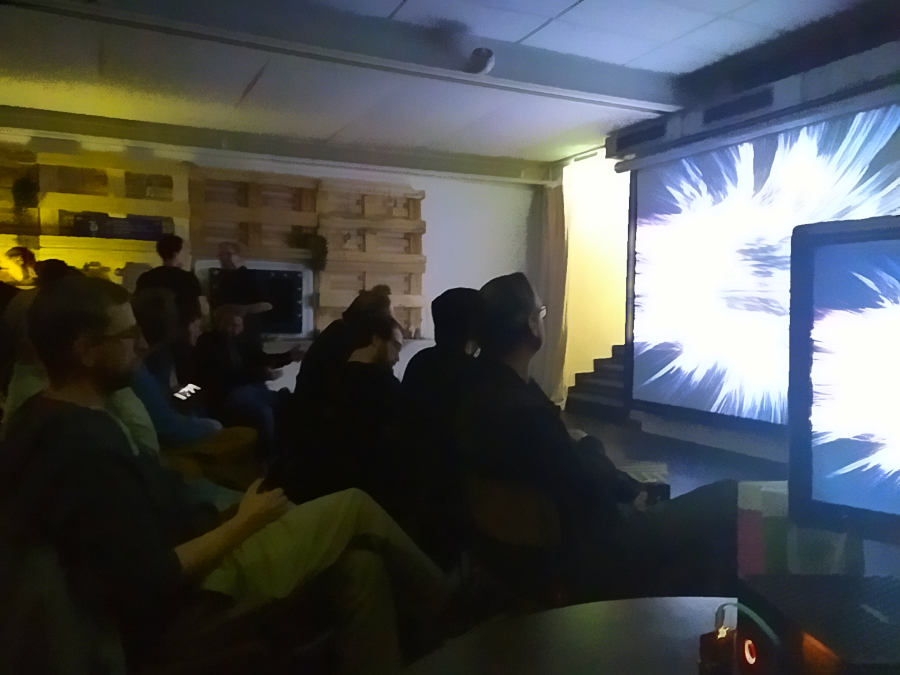 Here's to another thirty years of this wonderful urban village! For more insightful reading, I very much recommend a reading of Effinger's founding and principles, and the vibrant voices of our blog. For even more insight - stop by, say hello, get a tour, stay for the day!

“Lefebvre .. argues that the lived time experienced in and through nature has gradually disappeared. Time is no longer something that is visible and inscribed within space. It has been replaced by measuring instruments, clocks, which are separate from natural and social space. .. Lefebvre describes this changing nature of time in terms of metaphor. In pre-modern societies lived time is encrypted into space as in a tree-trunk, and like a tree-trunk shows the mark of those years that it has taken to grow. While in modern societies time is absorbed into the city such that lived time is invisible or reduced to its methods of measurement. Lived time ‘has been murdered by society’ (Lefebvre 1991: 96).” 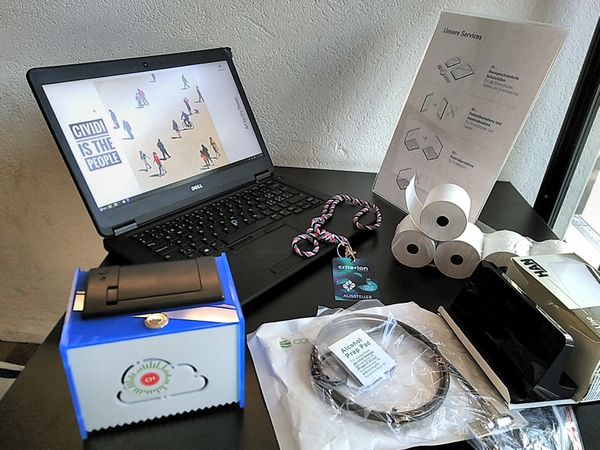 We represented civic tech and open data at one of Switzerland's top trade fairs dedicated to sustainability. Here's how. 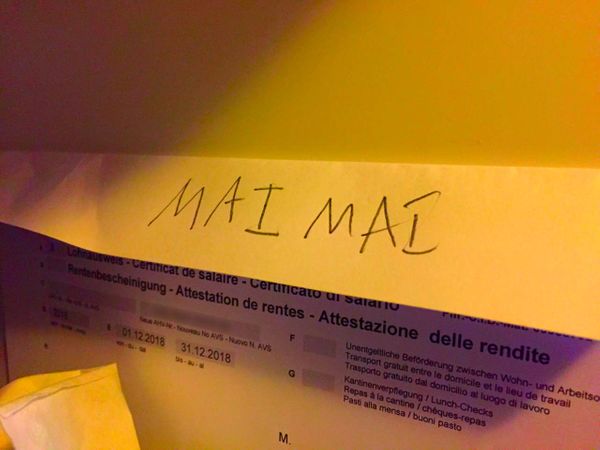 A look back at the Effinger jubilee, reflections from the UG on a journey through coworking spaces and urban spaces.